Get fresh music recommendations delivered to your inbox every Friday.
We've updated our Terms of Use. You can review the changes here.

Secrets of the Deep!

by The Hydrothermal Vents 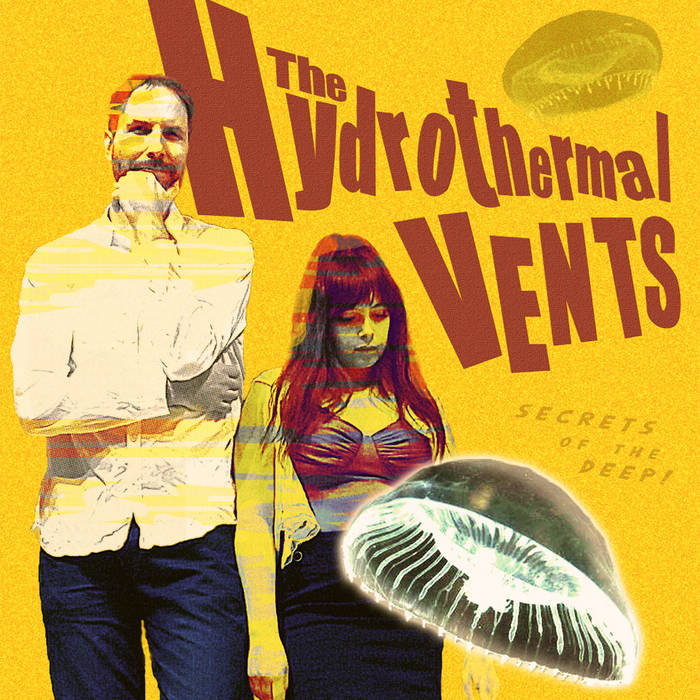 'Secrets of the Deep!' is the debut album from John Tielli's Montreal based indie rock band, The Hydrothermal Vents. At the time of the recording, release and subsequent tour of this album, the band performed live as a duo that included Tessa Kautzman and Tielli performing along to backing tracks.The underwater theme of the album goes along with their deep sea moniker.

"Secrets of the Deep! is bandmates John Tielli and Tessa Kautzman's melodic think-tank, one in which they experiment with the logistics of composition and traditional post-punk musicianship to catch th Jpe listener off guard, splashing you in chemical rich awesomeness!" -Music News (UK)

"Their ability to beautifully mesh sounds from the past and present in a span of 9 tracks establishes them as one of today's most exciting upcoming post-punk/ dance-rock acts". -Earmilk

"The Hydrothermal Vents’ music is a perfect combination of nostalgia, punk rock, dance music, and a touch of fantasy".
-Almost Nerdy

Additional drums on 'Hanz' and 'Fish Out of Land' by Geoffrey Pye.

Recorded and mixed by John TIelli at Bioluminescence in Montreal.

All songs written by John Tielli with help from Tessa Kautzman on tracks 3,5 and 6.

"Their ability to beautifully mesh sounds from the past and present in a span of 9 tracks establishes them as one of today's most exciting upcoming post-punk/ dance-rock acts". -Earmilk ... more

Bandcamp Daily  your guide to the world of Bandcamp

Semiratruth joins the show to discuss their latest release, "loading..".